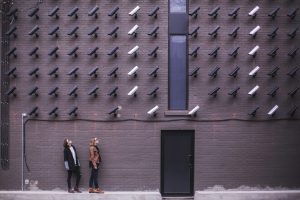 FPCG Partners (October 17, 2019) — Notwithstanding all of the impending recession chatter, and with some firms even bulking up on their bankruptcy ranks in preparation for a downturn, the lateral hiring market for law firms showed no signs of cooling in Q3 with over 4,000 moves tracked by FPCG Partners.

As is usually the case, the lateral market was dominated by litigators and corporate attorneys, who constituted ~35% and ~15% of all lateral moves, respectively. You can see the full list of Q3 moves by practice area in Figure 1. below, which, save for a bit of shuffling in the middle of the pack, closely mirrors the pro-rata make-up of attorneys by practice area in the broader market.

Despite the more general correlation between lateral movements and the percentage of attorneys in a particular practice area, there was one area of focus that stood out in Q3 as being exceedingly busy on a percentage basis, which probably won’t be a surprise to anyone whose business has or will be affected by the GDPR, Nevada’s new privacy law, which went into effect earlier this month, or the California Consumer Privacy Act, which will go into effect on January 1, 2020 (with a one-year look-back period, as currently written). As you can see in Figure 2. below, on a percentage basis, data privacy attorneys moved more than twice as much as attorneys in other practice areas.

As one might expect, a similar trend can be seen in active job posts by law firms, with a far greater increase in new job listings for data privacy attorneys as compared to other practice areas. This trend continued into Q3 but has been ongoing for quite some time now, as can be seen in Figure 3. below.

Finally, we don’t foresee any slowdown in the near future with this increased demand for data privacy attorneys, as evidenced in part by the increase in supply that we’ve noticed in our tracking. Over the past 12 months, we’ve seen a 24% increase in the number of attorney biographies that mention either “data privacy” or “cybersecurity,” an increase that was likely outpaced only by the use of the term “cannabis” over the same time period.

Sign up to get FPCG’s latest insights into the legal marketplace.